Late morning, very cold and windy, I stood outside the station and asked a lady standing closeby, “Please where do I get Bus 12?” She replied me in a language that was either Spanish or English with a very strong Spanish accent. I think it was the former. I didn’t understand a single syllable. I reassured myself that I had arrived in London. I am janded. My first communication with anyone outside the airport or the underground would be a foretaste of what the city really is and what made it a global commercial behemoth. Diversity. No thanks to my stubborn china phone which wouldn’t connect to Heathrow Wi-Fi to ascertain my route earlier before leaving the airport, I asked another man who didn’t look like an Arab to me until he replied me. He walked me to the bus station. He was so nice. Everything was new to me. The roads looked so smooth like what I had seen in the movies. Every patch work blending smoothly and solidly into the rest. The sidewalks would be wide enough to accommodate two danfo lanes each inside Ojota traffic.

I wished I could call an okada. Back in Lagos if I didn’t know my way in an area, I just biked down. I finally got to my destination carrying my 13kg luggage and my 5kg backpack. My host was bewildered at why I travelled so light and wasted baggage space. I knew she won’t allow my “wasteful behaviour” on my return. She didn’t. Lol. Travelling light has always been my delight but punctuality has been one trait I have not quite perfected. I had arrived at Lagos airport 20 minutes after the check-in gates had closed for my flight. The airport staff, knowing I had entered panic mode and perhaps seeing my naivety exploited my lateness. They asked me to join a sister airline AirFrance, meaning paying a standard rescheduling fee in dollars and a later take-off. I entered begging mode. Of course, for a fee. In naira. I checked in for my KLM flight. I would be going to the abroad for the first time in my life. As I sat in the airplane for the second time ever, I began smiling without reason. Happy and anxious, I called Mama. Dad, sadly, had passed away just a month before. Fresh memories rushed back to me and pain shot through my soul.

Our plane taxied. Slowly, then suddenly roaring like a prancing lion as we accelerated. My head felt lighter. We were flying. I smiled again. My ears took a hearing break. My eyes wondered curiously about the small screen behind the seat in front of me. A woman sitting beside me helped with the control. She and those flight attendants must have known it was my first international journey. My first flight was domestic from Abuja to Lagos a year earlier. I must have been grinning from cheek to cheek then. I remember my travel partner wearing a stylish smile. I would think that too was his first, going by how he was taking pictures with wide eyes like those kids on excursion at Shoprite in Ibadan!

Anyways, back to London, my first surprise was the silence in the tube. No one was talking to another. Earpieces, books, phones, newspapers but no human sounds except a programmed announcer “This is the Piccadilly line service to blablabla, calling at blablablabla. The next station is… please mind the gap between the train and the platform”. I had never heard anything like that before. Ever. The finest memories I had of trains were trumpet-blaring locomotives everyday on my way to Methodist in Ibadan. And in Lagos, the sight of rusty coaches stuffed with low-income passengers up to the open doors, with many climbing to the top of the coaches. Just picture thousands of trans-Sahara migrants hanging on to overloaded boats to cross the Mediterranean into Italy. In London these underground trains smelled fresh, were fast, and directions were easy to understand. It was the best transport experience I had had. I would soon discover it was similar on the streets. Nobody talked in buses. What was this? Shush. Silence. I started missing the noise of Lagos danfo buses where you hear the conductor cussing away at Area boys at Fadeyi or Ojuelegba, drivers engaging a difficult passenger with abusive language, or suited blue-collar Islander whose executive car has just been bashed by danfo driver fuming away at never-remorseful antisocial conductor. It was just never quiet. Noise pollution? Well I would soon discover that it’s not always quiet in the tubes. Friday and Saturday evenings inside Overground towards Clapham was all I needed. Thanks to alcohol, it was astonishingly loud and I loved It. Feels more lively hearing people talk around you. I am told it’s always loud in the US subways. Well, like the Queen, Brits are naturally and beautifully conservative yet using technology at its best. User-friendly technology everywhere.

London, I would discover was not full of native Brits. As soon I entered Bus 12 towards Peckham I saw people that looked like Aunty Muiba with long artificial eye lashes, and Broda Kasali with hard hustler’s face. I felt at home but I wondered. By my second day in Peckham, I saw Lagos again. It was as though I was, as my friend put it, in Ikorodu. Lots and lots of blacks, plenty Nigerians, predominantly Yorubas. Peckham to me is what Festac or IdiAraba is to Lagos, if you know what I mean. If you’re wondering where Yorubas have their saabo, it is Peckham. The market is like Oyingbo, I heard someone buying beef say give me “abodi”. I saw Arabs, Asians, Hispanics, eastern Europeans and Orientals everywhere in London. Everywhere! I had to get to places like corporate Oxford circus and residential Crystal Palace (accidentally) for me to start seeing more whites. London is purely a mixed race city. Only 45% of Londoners are white British as at 2013 according to BBC. And 52 of 650 MPs in Westminster are of ethnic minority. Even the affluent Chelsea and Kensington are now being dominated by east european millionaires I learnt. Oh wait, in Ealing and Southall I thought I was in Bombay. Everyone was Sunita or Khan. I didn’t see a single black or white in the fairly large town. Literarily. Did the white Brits give up their economic capital as a selfless hospitality gesture for populations of people from less privileged nations? Or was it only a highest bidder trade-driven demographic dynamics? Is it pertinent to ask what the real emotions behind Brexit were? Diversity, albeit, has been proven to benefit the economy of any nation. Lagos is another example.

My return flight would have been more enjoyable if I didn’t sit next to the loo. My God! I knew everybody that used the toilet. Those that I think are incontinent, those with urinary urgency and frequency. I heard when everyone flushed the bowls and when some had to run the water again for whatever difficult reason. I looked forward to my first business class. Our landing in Lagos was the smoothest for me, it was as though the landing wheels had foam paddings that cushioned our impact on the runway. No one knew when we exactly touched down. All passengers, mostly blacks, gave a round of applause either for the pilot or for the thrill of touchdown. “Intellectual” me didn’t clap, I smiled. I was back in Naija. But then London, like Arnold Schwarzenegger, I’ll be back. 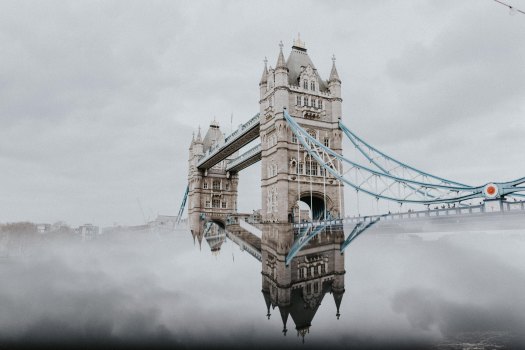 Photos from Unsplash and Pixabay

With my own hands